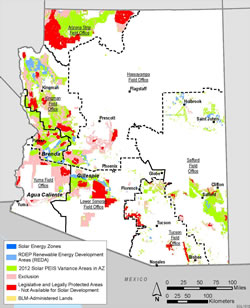 All of the REDAs are located within variance areas identified in the Solar PEIS ROD, and are

The RDEP ROD also identified criteria for identifying REDAs. These criteria are as follows:

Enter your email to receive announcements